There is no glory in war. War is a tool to establish supremacy built on the human tendency of greed & selfishness. From time immemorial, government across the world spend lots of money and resources in order to propagate patriotism in people and boy it has worked like a charm.

We are so brainwashed in to thinking that a soldier exhibit courage, valor, grit, gumption and what not. We are conditioned into thinking that they are sacrificing our lives for the country. Truth is far from the projection. Nobody wants to lose their lives and live in horrible environment of fear & fight.

Massive unemployment has taken away the right of bread from scores of people. Many join army out of sheer pressure to put food on table for themselves and family. Yes, some may join army to “serve & protect” the country but do they really do? Have we ever given a thought as to why do we have enemies who are fellow humans themselves? We are social animals and our evolution is from animal lineage but do we see this behavior in animal kingdom? Do elephants protect themselves from fellow elephants? Do tigers protect themselves from fellow tigers? There is a predator and a prey, prey protects themselves from predators however, in humans, we are the predators and we are prey ourselves. Its so outright absurd if you think about it.

Hundreds of years back, men used to guard the cave to protect themselves from wild animals. In current times, soldiers guard the border lines to protect themselves from fellow soldiers from another country! Also, why exactly are the soldiers from the other side of the border our enemies? After all, they are also normal people who are patrolling to earn a living for their own families.

The truth is that governments create enemies out of their own insecurities. Then, they disseminate massive propaganda through TV, news papers, internet, etc. A common Joe is put into believing that the security of the country is at stake and they need to spill blood in order to protect their families from savages. Moreover, government will also promote recruitment by providing additional benefits for life, veteran programs and loads of dole.

In the end, every hour, we have so many of fellow beings dying in this pointless exercise across the globe. The people on the high pedestal are sitting in their lavish offices and common men & women die on the field. Their families suffer irreparable damage. Governments make a sleazy attempt to cover up death by giving them the flavor of grit and martyrdom. They will spend a couple of hundred dollars organizing a sham event for an hour or two. Run in newspapers and tv so more people are inspired and they can keep running the show. 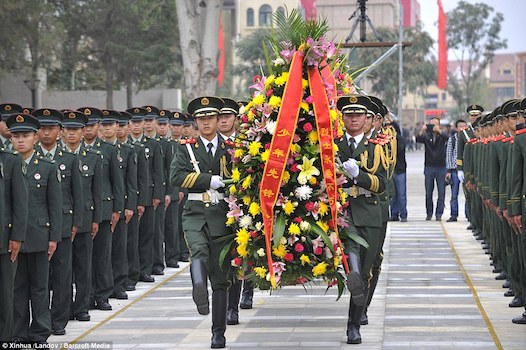 We will keep fighting on this tiny planet with 1 visible star (sun) amongst at-least 100 billion stars as part of a galaxy called milky way which in turn is 1 amongst at-least 100 billion galaxies so in total our observable universe have around 1 billion trillion stars and we haven’t observed much. We are just scraping at the bottom of the barrel and yes fighting everyday.